We will be hosting a Webinar and Q&A using Zoom and Facebook Live this coming July 8th, details found below. To register for this event or request access to recordings click here. 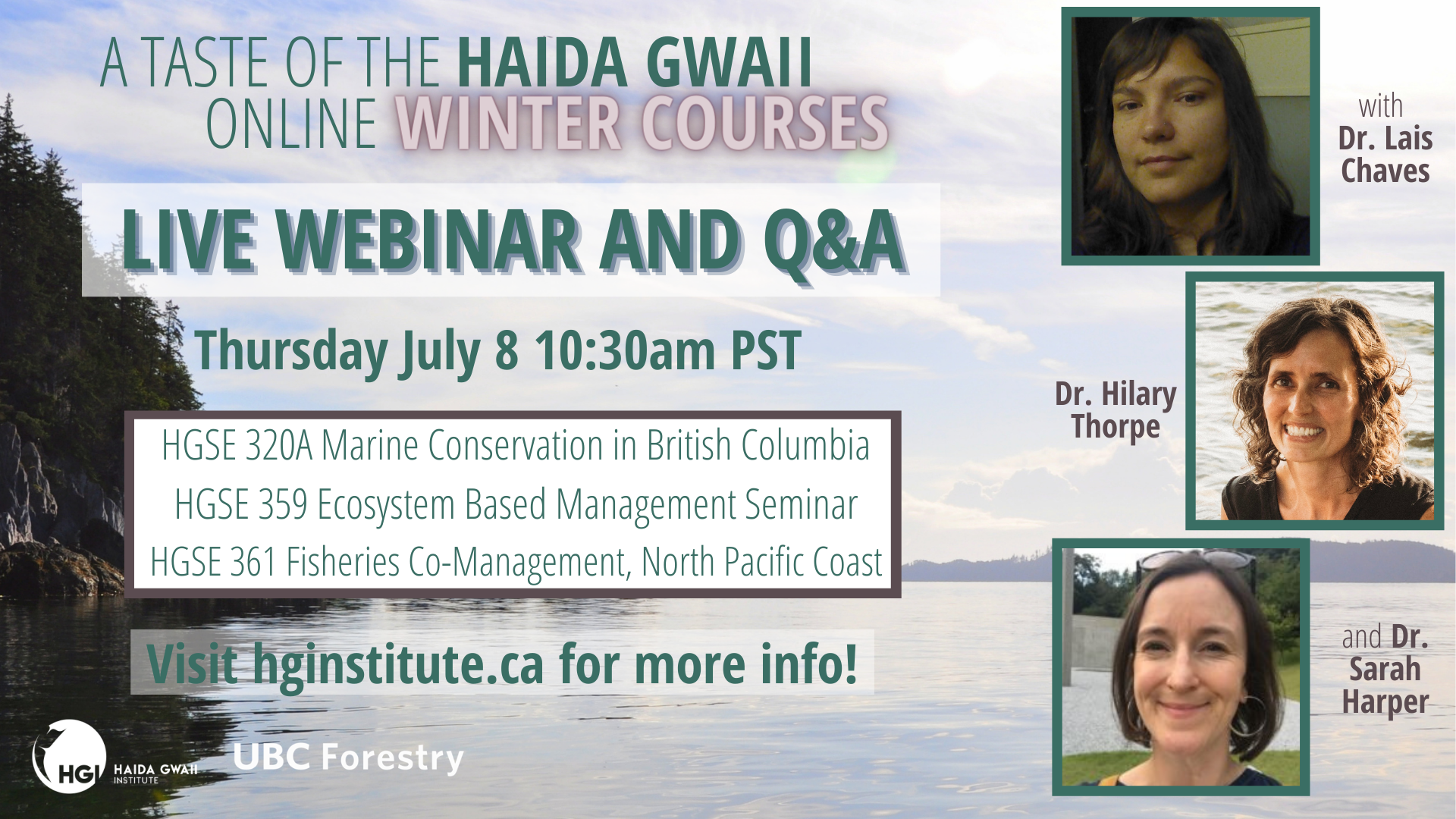 Building on successful experiences in marine conservation through a series of online lectures and talks, this class is designed to provide students the exposure to different perspectives and methodologies applied to the conservation of marine environments in British Columbia. Selected guest speakers will provide students with opportunities for real-world experience of local culture, tradition and history, local and community-led conservation initiatives, and marine protected areas.

Weekly synchronous class Fridays from 10:00am to 1:00pm Pacific

Ecosystem based management (EBM) is “an adaptive approach to managing human activities that seeks to ensure the coexistence of healthy, fully functioning ecosystems and human communities” (Pacific North Coast Integrated Management Area Plan, 2017). While the concept of EBM is well established in the academic literature, there remains a wide gap between theory and practice. Haida Gwaii provides rich examples, both terrestrial and marine, through which to analyze benefits and challenges of applying EBM in a real-world setting.

Weekly synchronous classes Tuesdays and Thursdays from 9:30am to 11:00am Pacific

Over the last two decades there has been a shift in the governance and management structures of fisheries that has given way to a broader approach that recognizes the participation of marine resource users, whether it be cultural, commercial or recreational, in shared decision-making. Through this process, co-management is now understood as involving the people closest to the resource in the design, implementation, and monitoring of management measures. Marine resource users are now empowered to become active members of the management group, with rights and responsibilities, by working in partnership with governments.